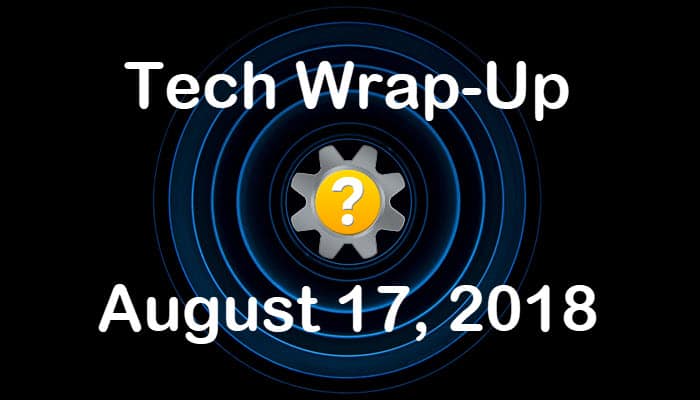 Tech Wrap-Up 8-17-2018. Wrapping up the day with a summary of today’s most engaging stories from the Tech Help Knowledgebase social media feeds. Summaries are ordered by user engagement (the most likes, shares, and clicks) and the number of impressions received. Our human-curated social media feeds include links to technology news, how-to and help articles, and video tutorials for common issues.

Stories curated for our feeds are written by our staff writers or culled from third-party sources that produce content peripherally related to the Tech Help Knowledgebase categories covered by our site. See the summaries and links below for today’s top stories by user engagement. Follow us on Twitter, Facebook, Google+ and YouTube to interact with our feeds.

30-year-old programming language, Python, might get a run for its money. Created in 2012, the Julia programming language is apparently catching on quickly. Julia was created specifically for “scientific computing, machine learning, data mining, large-scale linear algebra, distributed and parallel computing,” according to their site. Julia’s surge in popularity is pushing other big programming names like Swift and Android further down the list.

Two years ago, Oracle began the process of donating NetBeans to the Apache Foundation. Apache NetBeans is now the largest Apache project. This article is a Q&A about the process with Geertjan Wielenga, the senior principal product manager at Oracle.

Researchers from Rutgers, Purdue, and Binghamton discovered a way to use Wi-Fi for security screenings. Although it may not be available for commercial use for a couple years, it offers a promising method to detect harmful objects.

Threadripper. Cool name, eliciting images of nocturnal London in the late 1800s. Set to compete against Intel’s Core i9 processor, AMD’s new offering is currently the fastest CPU in the world.

Few things are better than a plugged bug. The flaw in Chrome could have allowed an attacker to ascertain a victim’s exact age and gender on social media sites like Facebook.

6. Chromebooks versus Windows laptops: Which should you buy? (PC World)

Buy one of each. But the article dives into the who, what, where, when, and why so you can choose the right laptop for you. The winner is…read the article.

7. You’re not seriously still using a standard ringtone on your iPhone, are you? (Tech Help KB)

When someone else’s phone rings, do you reach for your own phone? Using a standard ringtone, or even worse, sticking with the default, is lazy behavior. Use iTunes to easily create a custom ringtone using a moment from your favorite song. It only takes minutes.