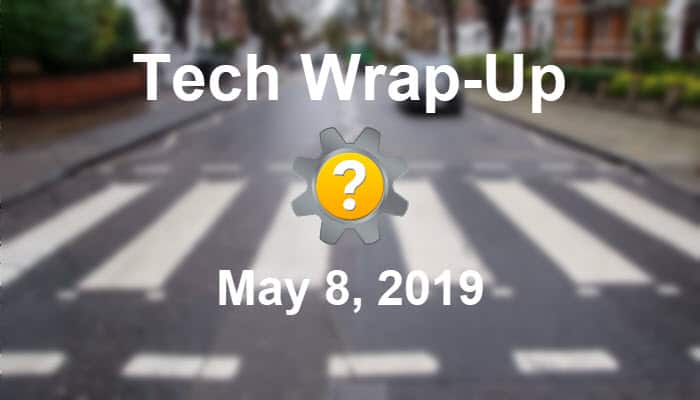 Tech Wrap-Up 5-8-2019. The Beatles’ 12th and final studio album, Let It Be, came out 49 years ago today. The album not only features the title track, Let It Be, but other classics like Get Back, The Long and Winding Road, and Across the Universe. Tech Help Knowledgebase wraps up each day with a summary of today’s most engaging stories from our social media feeds. We order the story summaries below by user engagement (posts with the most likes, shares, clicks, hashtag clicks and detail expands) and by the number of impressions they received. Stories are in descending order with the most engaging story at the top. Our human-curated social media feeds include links to technology news, how-to and help articles, and video tutorials for common issues.

After manic speculation drove Bitcoin’s price to five figures in 2017, the 2018 crash of Bitcoin’s price left more than a bad taste in investors’ mouths. Regardless of Bitcoin’s trading price, 1 Bitcoin still equals 1 Bitcoin. Partially aided by mainstream attention, sentiment seems to be swinging to the positive side. Investors appear to be dipping a toe or two into the Bitcoin pool.

Open source is an easy, fast way to increase the adoption of technology. That is because it encourages developers to build apps on the open source platform. Coinciding with Microsoft’s Build conference this year, they announced a Chromium-based Edge browser, ONNX, and KEDA, each of which is collaborative open source endeavors.

Google used it’s I/O developer conference platform yesterday to announce some Chrome-related privacy features it plans to include in the browser. Targeted are cross-site cookies and fingerprinting. In addition to promising these modifications, Google plans to release an open-source extension for Chrome and other browsers that improves ad transparency.

6. Microsoft will demote IE to a ‘mode’ inside Edge (Computerworld)

Once the king of browsers, Microsoft intends to relegate Internet Explorer (IE) to “mode” status in the new Chromium-based Edge web browser. In the current Edge version, users must open Internet Explorer separately to access legacy sites or apps that require it. IE Mode allows those same legacy sites and apps to run inside the Edge wrapper instead.