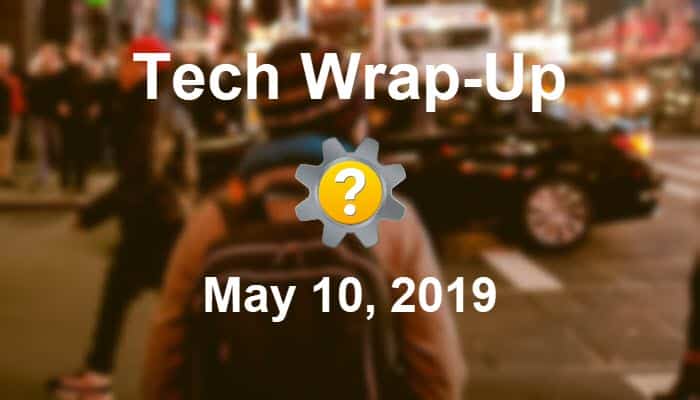 Tech Wrap-Up 5-10-2019. The ride-sharing company, Uber, was founded in March 2009 and launched as a service and app in 2011. Today, Uber shares began public trading on the New York Stock Exchange with a share price of $45. At the market’s closing bell, Uber’s stock traded down over 7% from its IPO price. Tech Help Knowledgebase wraps up each day with a summary of today’s most engaging stories from our social media feeds. We order the story summaries below by user engagement (posts with the most likes, shares, clicks, hashtag clicks and detail expands) and by the number of impressions they received. Stories are in descending order with the most engaging story at the top. Our human-curated social media feeds include links to technology news, how-to and help articles, and video tutorials for common issues.

1. Windows 10: Microsoft is bringing back one of Windows 95’s most popular features (ZD Net)

The most popular feature to which the title refers is Microsoft PowerToys for Windows 95. You don’t remember PowerToys? PowerToys was a set of tools for power users, the most popular of which was TweakUI. TweakUI allowed users to “tweak” Windows settings that would normally require a registry edit. Microsoft is re-developing PowerTools for Windows 10 beginning with MTND and a Windows key shortcut guide.

Have you jumped on the Google Pixel 3a bandwagon yet? Most of the news about Google’s new mid-range smartphones is positive. Today, iFixit gave the Pixel 3a a 6 out of 10 score for its ease of repair. Part of its repair friendliness is also responsible for the lack of water resistance. The other surprise news from the teardown is that the gOLED display comes from Samsung.

Microsoft announced this week that it intends to include Internet Explorer as a mode within the new Chromium-based Edge browser. The reason for doing so is to provide backward compatibility for legacy sites and apps that require Internet Explorer’s rendering engine. More surprising is that Microsoft plans on including the old EdgeHTML version of Edge too, at least in the near term.

4. How to use the Tor browser on an Android device (Tech Republic)

Tor Browser runs on Windows, macOS, and Linux. Brave browser users have the option of using a private window with Tor. The Tor Project now offers Tor Browser (alpha release) for Android in Google Play which also requires Orbot proxy. The Tech Republic article walks Android users through how to download the correct apps and how to configure them.

Tor Browser runs a special version of Firefox ESR. In Mozilla’s recent Research Grants 2019H1 report, they mention a Super Private Browsing (SPB) mode they plan on introducing to improve privacy and anonymity on the Internet. Mozilla has a history of introducing Tor features into Firefox, such as anti-fingerprinting technology introduced in Firefox 52.

Google stated at their I/O conference this week that all Chromebooks — both ARM and Intel-based — will support Linux “right out of the box.” Chrome OS is based on Ubuntu Linux originally. The article explains how to launch Debian Linux on your Chromebook, or Ubuntu and other flavors, and that you are running both operating systems at the same time rather than dual-boot.