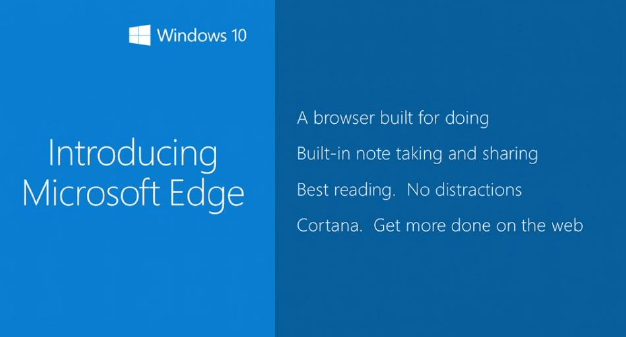 [Update May 5, 2015. In a fresh step toward improved openness, Microsoft began making the changelog of its new web browser, Microsoft Edge, publicly available today. A changelog is a list of changes made to a software application in the most current release. The Edge changelog currently includes two categories: 1) New and 2) Known Issues. You can visit the Microsoft Edge changelog here.]

In the lead-up to the final release of Windows 10, Microsoft has been developing a revamped web browser to compliment the new operating system. Dubbed Project Spartan during its development phase to replace Internet Explorer as the Windows default, the new browser has officially received a production name.  Microsoft Edge was announced at today’s session of Microsoft’s Build 2015 conference, occurring this week at The Moscone Center in San Francisco, CA.

Internet Explorer has long been the brunt of disdain for lapsing into a clunky, bloated end-user experience.  Its market share has diminished over the years against stiff browser competition from primarily Google Chrome and Mozilla Firefox. Yet despite Internet Explorer’s less than rosy reputation, Microsoft has retained the well known E icon for Edge — an unmistakable nod to Internet Explorer’s own famous symbol.

Can you tell which is which?  The icon for Microsoft Edge is on the left.

Some of the new features to be include in Microsoft Edge:

We also came across the tab hover-over preview feature in the Vivaldi web browser’s third technical preview, released earlier this week.  The Microsoft Edge web browser will likely be the default browser for both Windows 10 and Windows Phone 10 when they are released later this year.

For more information about Windows Edge, please visit the links below.