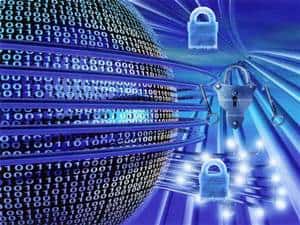 Mobile device security company, Skycure, has shared their recent discovery of a new iOS 8 Wifi vulnerability. The flaw, which has yet to be confirmed, allows denial-of-service (DoS) attacks on Apple devices running iOS 8. It was disclosed as part of Skycure’s presentation at yesterday’s RSA Conference.

In a blog post, Skycure CTO Yair Amit described the discovery as being somewhat accidental.

One day, during preparation for a demonstration of a network-based attack, we bought a new (Wifi) router. After setting the router in a specific configuration and connecting devices to it, our team witnessed the sudden crash of an iOS app. After a few moments, other people started to notice crashes. Pretty quickly, we realized that only iOS users were suffering from crashes.

Rather than disregarding the crashing apps as a consequence of bad firmware, researchers from Skycure began to analyze the issue. The result was the identification of the iOS 8 WiFi vulnerability.

Basically, by generating a specially crafted SSL certificate, attackers can regenerate a bug and cause apps that perform SSL communication to crash at will.

With heavy use of devices exposed to the vulnerability, the operating system crashes as well. Even worse, under certain conditions, we managed to get devices into a repeatable reboot cycle, rendering them useless.

Under such conditions, a user would be unable to access their device’s Settings to turn WiFi off. Their only recourse would be to leave the proximity of the WiFi signal itself.

Skycure posted 2 videos to their YouTube channel that demonstrate the vulnerability in action. A video posted on April 15 shows an iPhone caught in what appears to be a reboot loop. The second video posted a day later demonstrates the crashing of iOS apps that use SSL.

Skycure has reported the SSL certification parsing vulnerability to Apple. Until the vulnerability is confirmed and fixed, Skycure suggests avoiding untrusted WiFi networks, and updating the device’s operating system to the latest version.