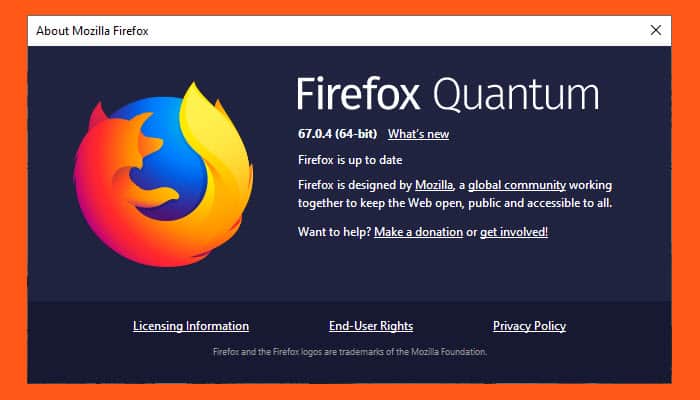 According to Mozilla Security Advisory 2019-19, Coinbase Security reported the vulnerability (CVE-2019-11708), which Mozilla described as:

Insufficient vetting of parameters passed with the Prompt:Open IPC message between child and parent processes can result in the non-sandboxed parent process opening web content chosen by a compromised child process. When combined with additional vulnerabilities this could result in executing arbitrary code on the user’s computer.

Thank you for visiting Tech Help Knowledgebase to learn about the release of Firefox 67.0.4.